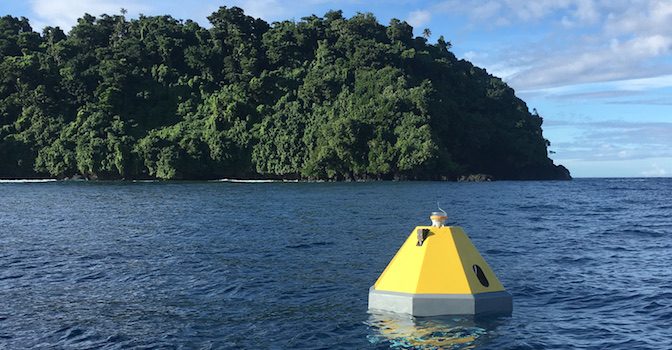 NOAA, the Pacific Islands Ocean Observing System (PacIOOS), and partners have launched a new buoy in Fagatele Bay within the National Marine Sanctuary of American Samoa to measure carbon dioxide and other important seawater characteristics within the bay’s vibrant tropical coral reef ecosystem.

“This new monitoring effort in a remote area of the Pacific Ocean will not only advance our understanding of changing ocean chemistry but will also help us communicate these changes to diverse stakeholders in the Pacific Islands and across the United States,” said Derek Manzello, coral ecologist with NOAA’s Atlantic Oceanographic and Meteorological Laboratory.

Fagatele Bay is home to more than 160 species of coral, as well as giant clams, fish, dolphins, and the critically endangered hawksbill sea turtle. Coral reefs and shellfish are particularly vulnerable to the impacts of increasing carbon dioxide in our ocean. As the ocean absorbs carbon dioxide from the atmosphere, the acidity of seawater increases. This is known as ocean acidification, which can threaten the ability of shellfish and corals to build their skeletons, hamper new coral growth and accelerate reef erosion. The loss of coral reefs impacts local economies, affects the health of fisheries and tourism, and exposes coastal communities to increased storm surge.

“PacIOOS is excited to collaborate with NOAA and many local resource management agencies to implement this valuable ocean observing asset in the Pacific Islands region” said Chip Young, PacIOOS Operations Coordinator. “This new buoy site in the Southern Hemisphere will support the ongoing coral reef research being conducted by NOAA and other agencies in the region with near real-time observations, and complement two similar existing coral reef monitoring sites in Kāneʻohe Bay and on the South Shore of Oʻahu, Hawaiʻi.” 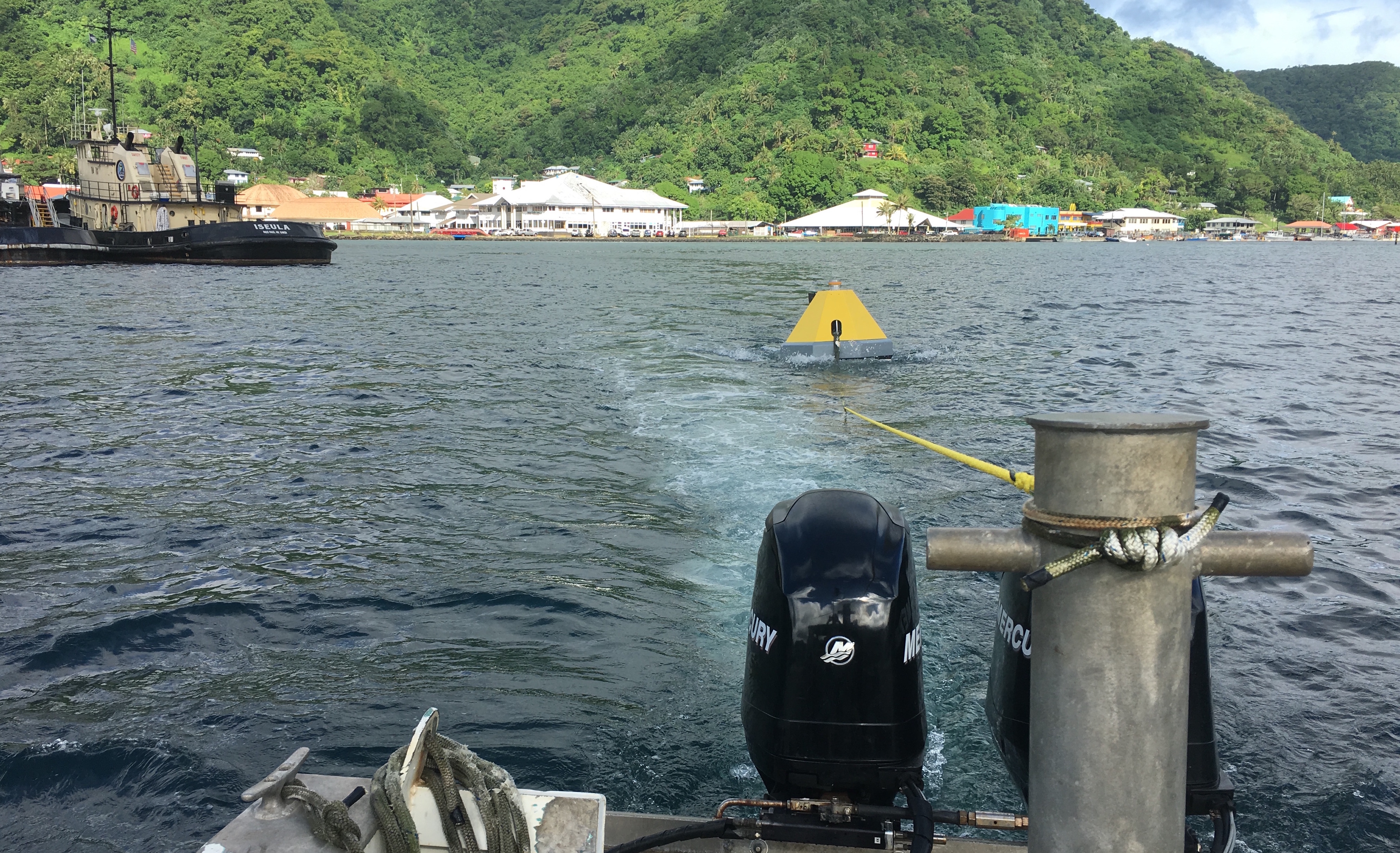 The buoy measures carbon dioxide in the atmosphere as well as seawater measurements of carbon dioxide, temperature, salinity, pH, dissolved oxygen, turbidity, and chlorophyll. All data can be viewed online on the PMEL and PacIOOS websites.

“Each buoy is unique based on the location and partners involved,” said Adrienne Sutton, oceanographer at NOAA’s Pacific Marine Environmental Lab who oversees NOAA’s ocean acidification mooring network. “It takes a whole village to create and manage an ocean acidification observing site like this.”