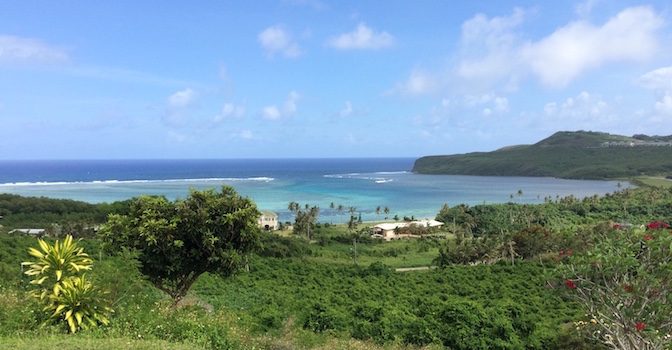 Researchers from the University of Hawaiʻi (UH) School of Ocean and Earth Science and Technology (SOEST) Department of Oceanography, in partnership with researchers at the University of Guam (UoG) and PacIOOS, characterized the general physical oceanographic circulation patterns of Pago Bay, Guam. The study is part of the UoG Experimental Program to Stimulate Competitive Research (EPSCoR) grant, which focuses on the effects of climate change on coral reefs.

The UH/UoG team completed the first of four planned deployments between August 2016 and July 2017. A network of 46 sensors was deployed in Pago Bay over a period of 80 days. Instrumentation was placed on the reef flat, reef crest, fore reef, and in the channel of the bay to measure currents, temperature, conductivity, pressure, nitrate, pH, dissolved oxygen, chlorophyll, and turbidity. 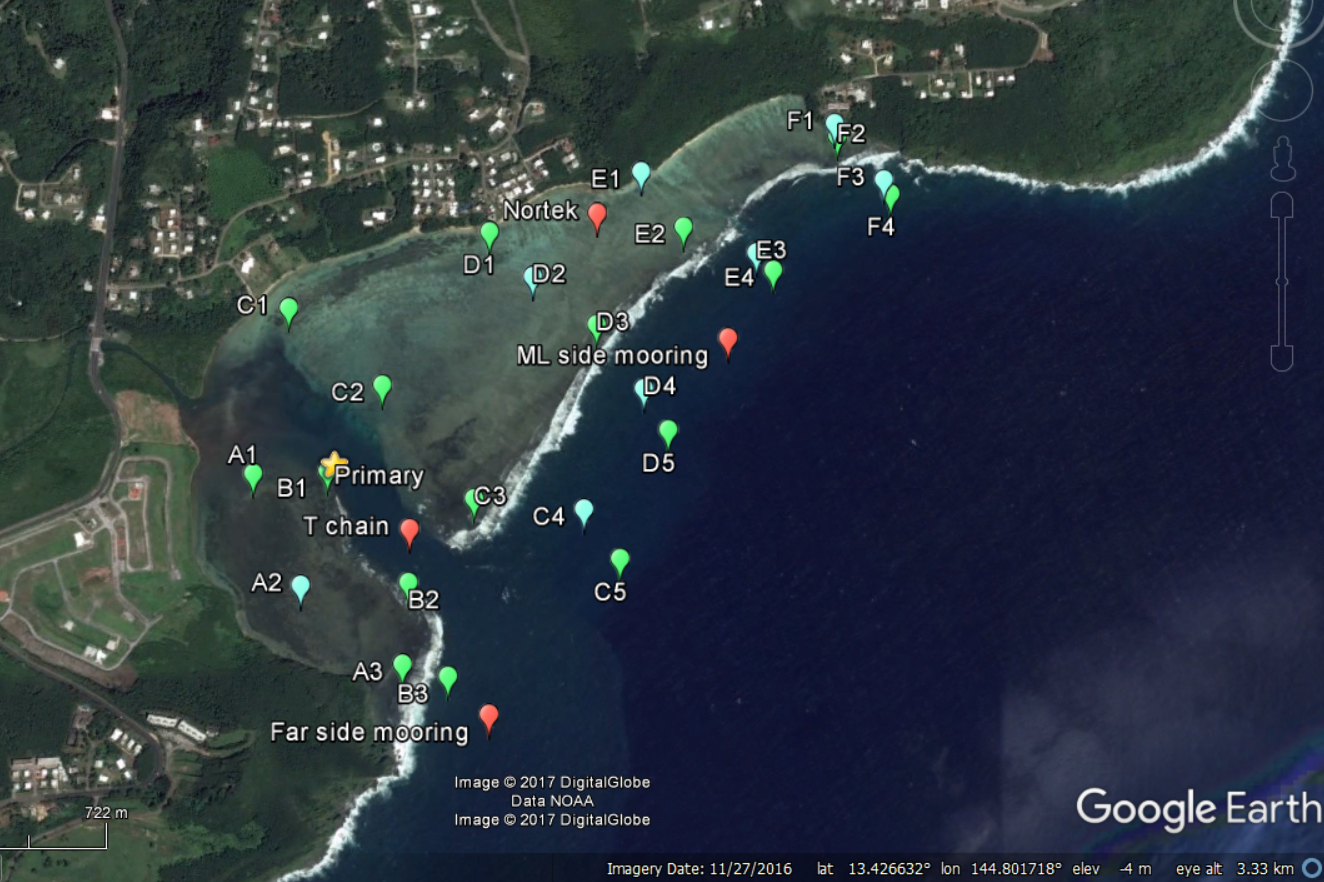 Map of Pago Bay, Guam, showing placements of all instruments within the network.

Eight different kinds of sensors were used at Pago Bay to obtain a comprehensive set of oceanographic measurements.

An important part of the grant is to build capacity and transfer knowledge. The UH team trained five students from the University of Guam to program, deploy, and recover the instruments safely. The newly trained students are taking part in the upcoming deployments to apply their skills. Results of the measurements are being evaluated and summarized by the University of Hawaiʻi Department of Oceanography. The results will be presented at the Asia Oceana Geosciences Society (AOGS) in 2017 and the UH/UoG team is also drafting a manuscript of the results for publication in a peer-reviewed journal. 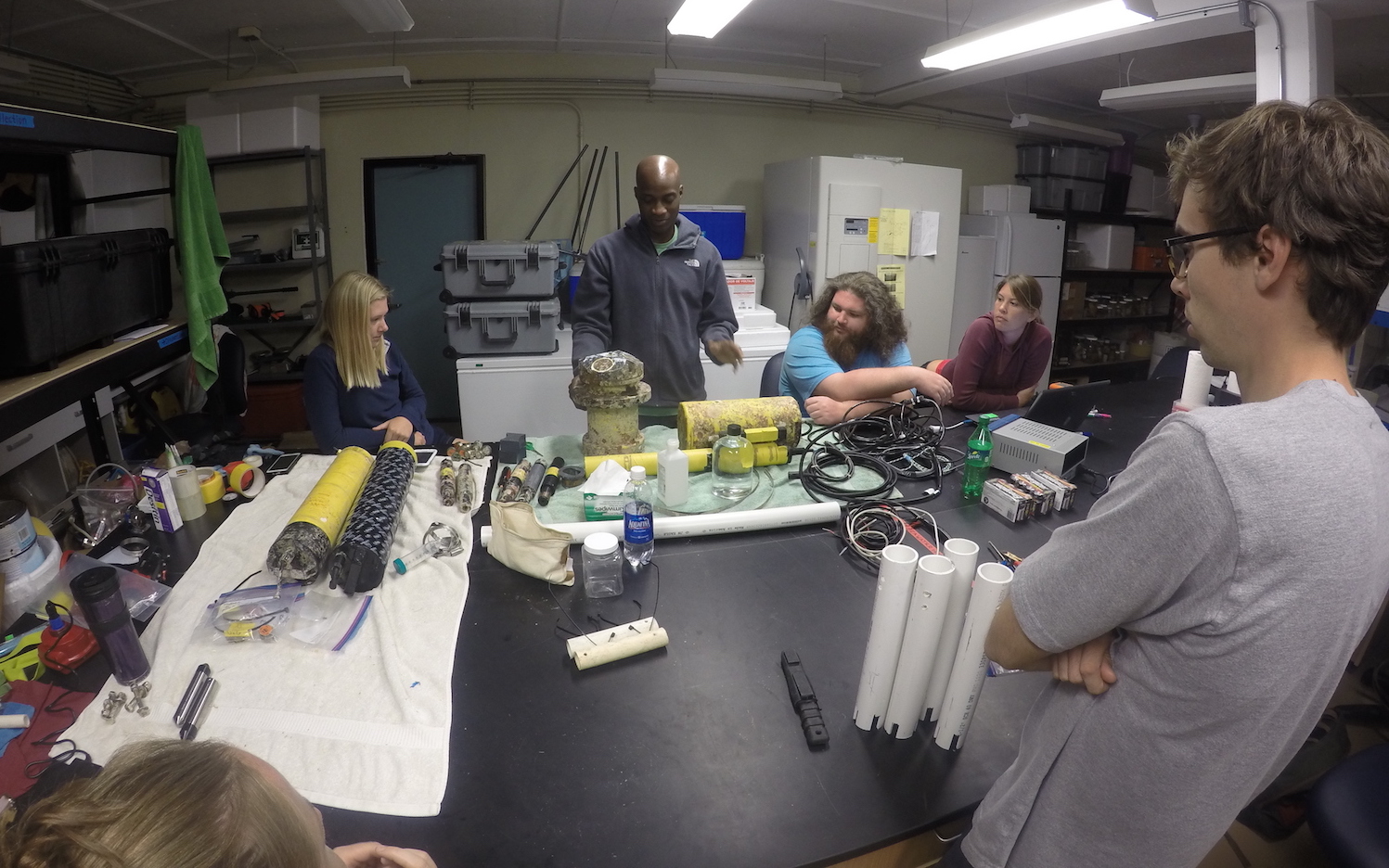 University of Guam students learn how to service and maintain oceanographic equipment.