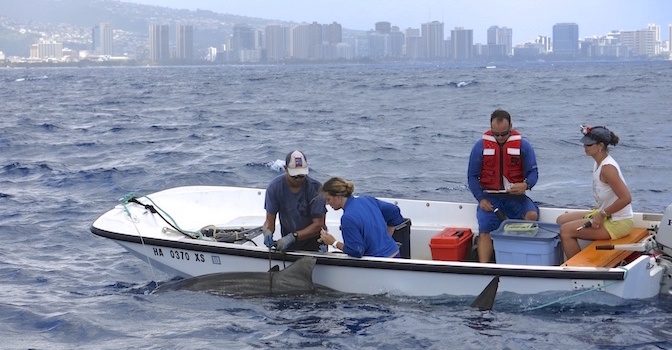 Tiger sharks were recently equipped with the latest generation of satellite tags in Hawaiian waters. These tags not only track the shark’s location, but also record important oceanographic data, such as ocean temperature and oxygen profiles, and sea surface temperature. PacIOOS is now featuring all location tracks online. Temperature profile data will be made available through the Animal Telemetry Network Data Assembly Center. This is the first example of using “sharks as oceanographers.”

The second technology that is being tested relates to data transmission from the satellite tags. In the past, data from tagged sharks were routed solely through orbiting Argos satellites, which have limited coverage over Hawaiʻi (6-12 minutes per hour). Land-based receivers were installed at high elevations around Maui and Oʻahu to augment the satellite array and increase data throughput from fin-mounted tags. 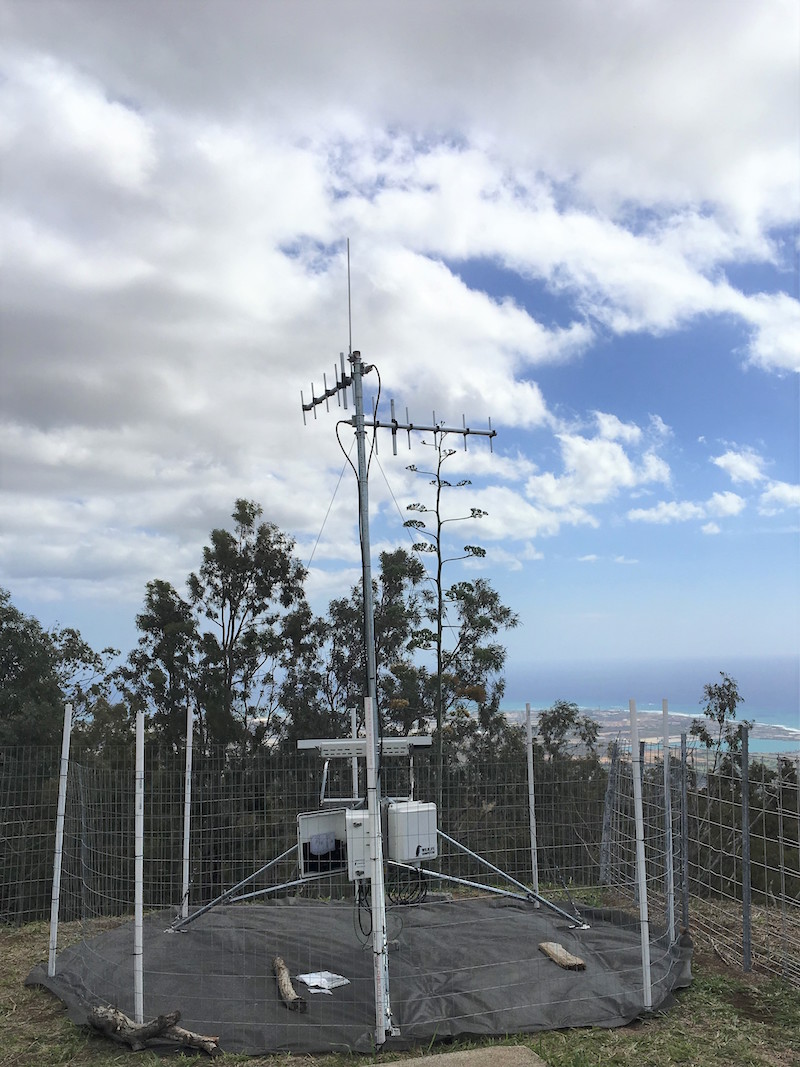 The most recent addition was installed at a height of 515 meters at Camp Pālehua on Gill Ewa Lands above Makakilo and has a detection range of about 80 km offshore. Importantly, this receiver will detect transmissions made from the Kaiwi Channel and Penguin Banks, which are areas of significant interest in terms of both oceanography and biology. Analysis of performance so far indicates that when a shark surfaces within range of a land-based receiver, 100% of transmitted messages are successfully received.