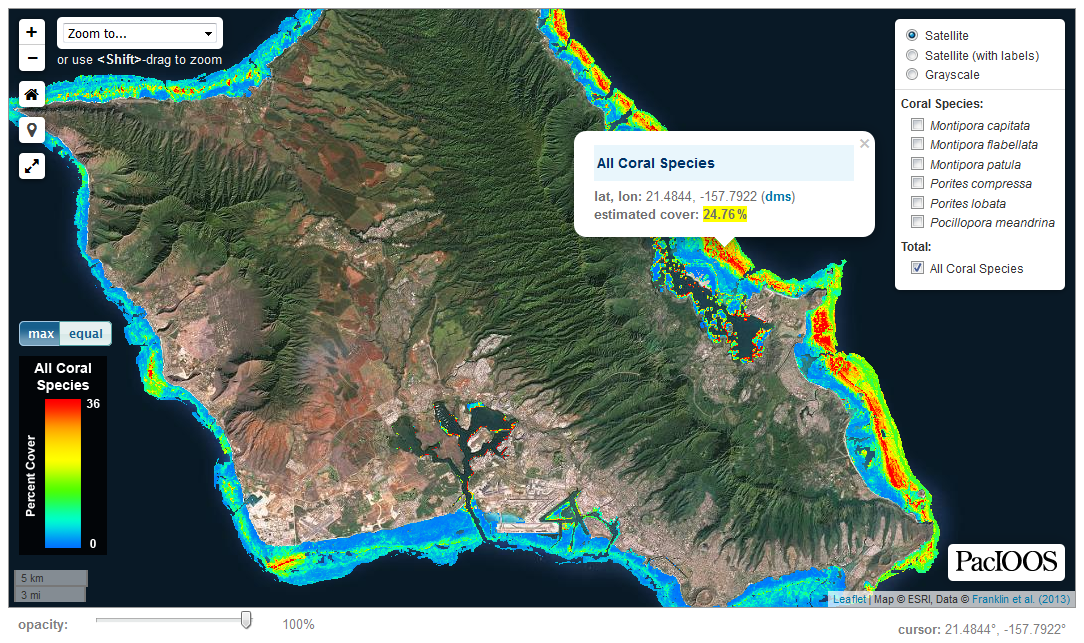 This project aims to evaluate the contribution of environmental drivers to Hawaiian corals through distribution models. Data from this project may aid in future ecosystem modeling and marine spatial planning efforts that wish to maintain and preserve Hawaiian coral reefs.

When using these data, please cite the original publication:

DISCLAIMER: These data are experimental and show the estimated distribution and abundance of six coral species. Data are to be used only as a reference and not for navigation, permitting, or other legal purposes.

See also: Predictive modeling of coral distribution and abundance in the Hawaiian Islands 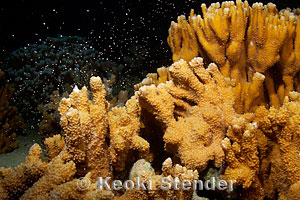 Montipora capitata is a common “rice coral” that surrounds the Main Hawaiian Islands. It has adapted to a wide range of habitats when compared to other Montipora species (Franklin et al., 2013). Members of this species may exhibit multiple growth forms, such as plating, encrusting, and branching. Colors range from brown and white to various hues of pink, green, or blue. Montipora capitata has been found in regions spanning from Hawaiʻi to Indonesia and typically spawns during the summer months after the presence of a new moon (Stender). 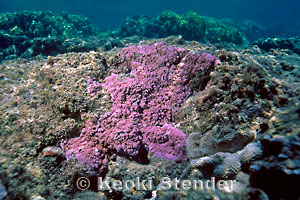 Montipora flabellata is a “blue rice coral” that surrounds the Main Hawaiian Islands and is common in higher wave environments when compared to M. capitata (Franklin et al., 2013). Montipora flabellata colonies are often found in shallow waters with high wave action. Bright colors, such as lilac, pink, and blue, and encrusting morphologies are characteristic of this coral. The current distribution of this species spans Hawaiʻi and the Central Pacific (Stender). 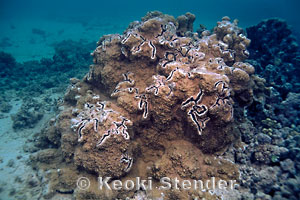 Montipora patula is a Hawaiian endemic “ringed rice coral” that surrounds the Main Hawaiian Islands. Colonies are located in higher wave environments than M. capitata and exhibit encrusting and plating morphologies (Franklin et al., 2013). Montipora patula is usually golden brown in color and is surrounded by white margins, but some colonies are bright purple. Compared to M. capitata and M. flabellata, members of this species appear rough in texture, due to elevated calices and rods that surround the colonies. This species is only found in Hawaiʻi (Stender). 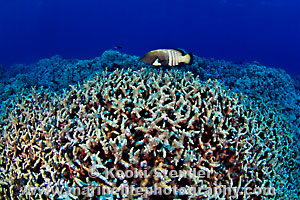 Porites compressa is a Hawaiian endemic “finger coral” that surrounds the Main Hawaiian Islands. It can be found in shallow environments that are close to shore, have low wave energy, and are highly turbid, due to sediment suspension and watershed inputs (Franklin et al., 2013). This species is common in marine protected waters, but has been found in the open ocean as branching projections that are light gray or tan in color. Those that are located within lagoon areas are yellow-green in color and resemble hemispherical mounds. Unlike M. patula, P. compressa has shallow calices that give it a smooth and narrow texture. This species is only found in Hawaiʻi (Stender). 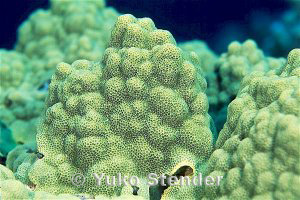 Porites lobata is a Hawaiian “lobe coral” that surrounds the Main Hawaiian Islands and is commonly found in areas with intermediate wave energy that surround young Hawaiian Islands (Franklin et al., 2013). Porites lobata is common on reefs with good water circulation. Most colonies are greenish yellow or tan in color, but may turn purple or blue if stressed. Members of this species have conical lobes with small calices and multiple peaks. Pink lesions have been found on some colonies, which is an indicator that the individual has been introduced to a trematode infection. This species is found throughout Hawaiian, Indo-Pacific, and Tropical Eastern Pacific waters (Stender). 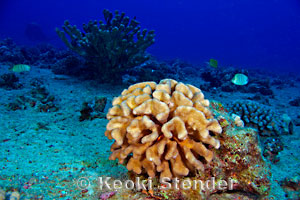 Pocillopora meandrina is a “cauliflower coral” that surrounds the Main Hawaiian Islands and can be found in shallow, high wave environments (Franklin et al., 2013). Thriving in reefs that are exposed to surf and current, members of this species form large, evenly folded hemispherical colonies. Ranging in colors of yellow, green, brown, and purple, P. meandrina is often the first coral to colonize areas with new lava flows. This species has been found in Hawaiʻi, the Central Indian Ocean, the West Pacific, and the Tropical Eastern Pacific (Stender). 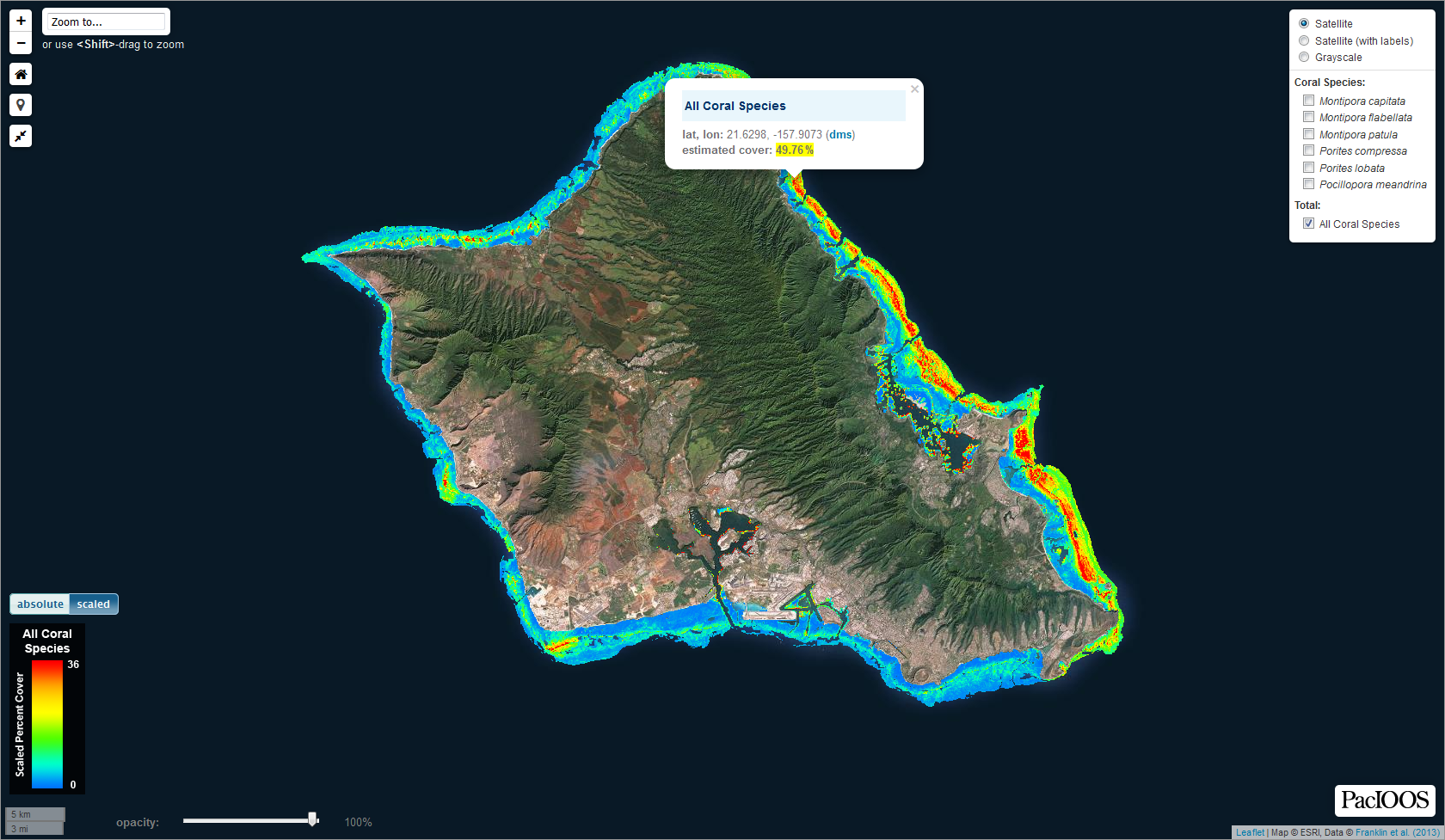 This map combines data from the above coral distribution layers into a single view such that the percent coverage of each coral species are summed together for each 50 meter grid cell. Results from Franklin et al. (2013) suggest that the rank order of the species to be as follows: Porites lobata, Montipora patula, Pocillopora meandrina, Montipora capitata, Porites compressa, and Montipora flabellata. Porites lobata exhibited the highest abundance and M. flabellata exhibited the lowest abundance.