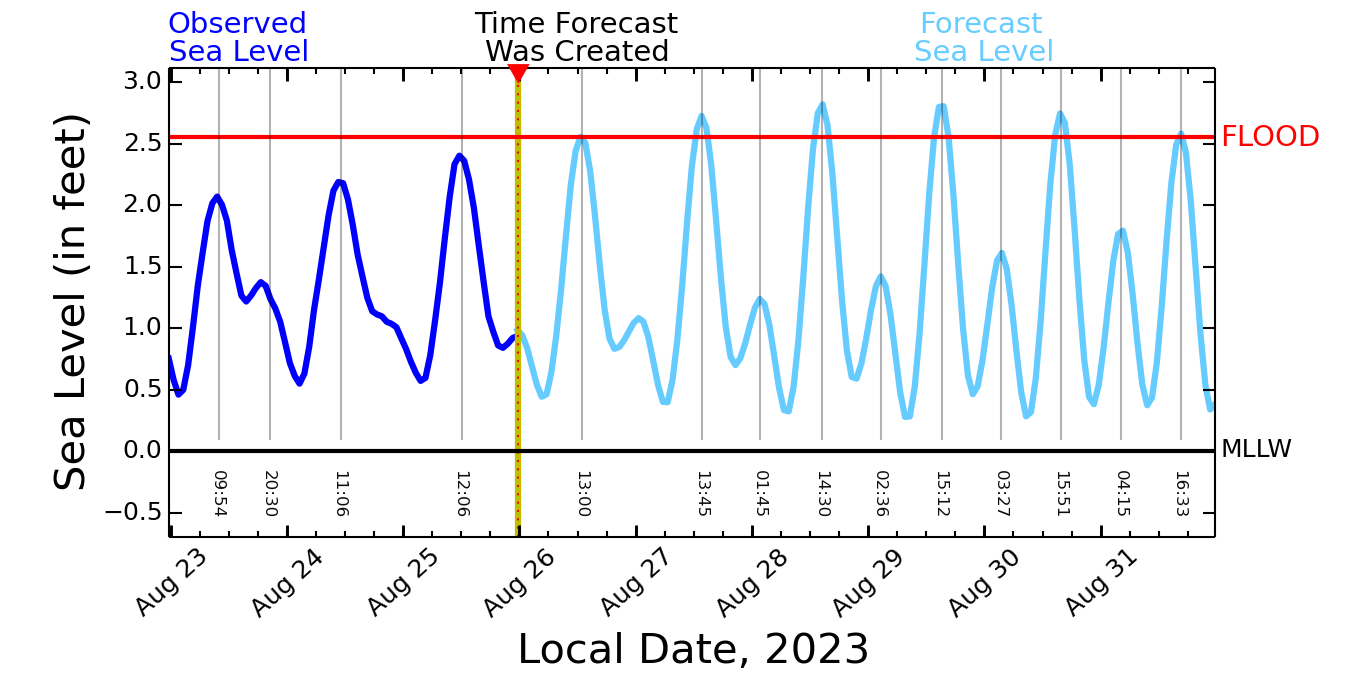 The Cyan Curve displays the Forecast Sea Level at Honolulu Harbor (Pier 4) for the next 6 days. The forecast is also relative to MLLW, and includes tides plus multi-day sea level variations.

The Red Line indicates the sea level height (2.56 ft) that is exceeded by 2 percent of the observed daily Higher High Waters (HHW) based on a historical record (excluding tsunamis). When this sea level height is exceeded, flooding of Mapunapuna and other nearyby low-lying land begins.

This example from 2008 shows observed sea level at Honolulu Harbor (dark blue line) periodically exceeding the threshold (red line) for the initiation of flooding of low-lying lands. The highest sea levels are a combination of the predicted tide (pink line), which by itself would not produce flooding, and a multi-day, non-tidal sea level event (black line) related to large-scale regional ocean variability. 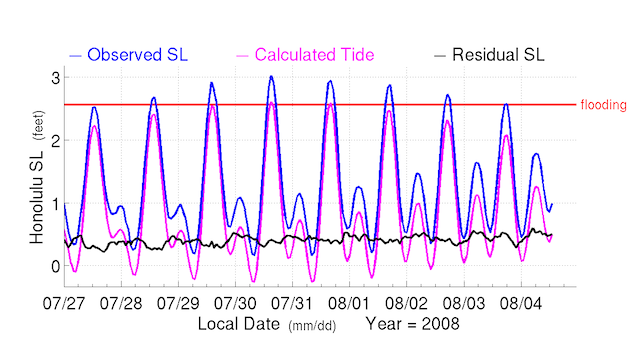 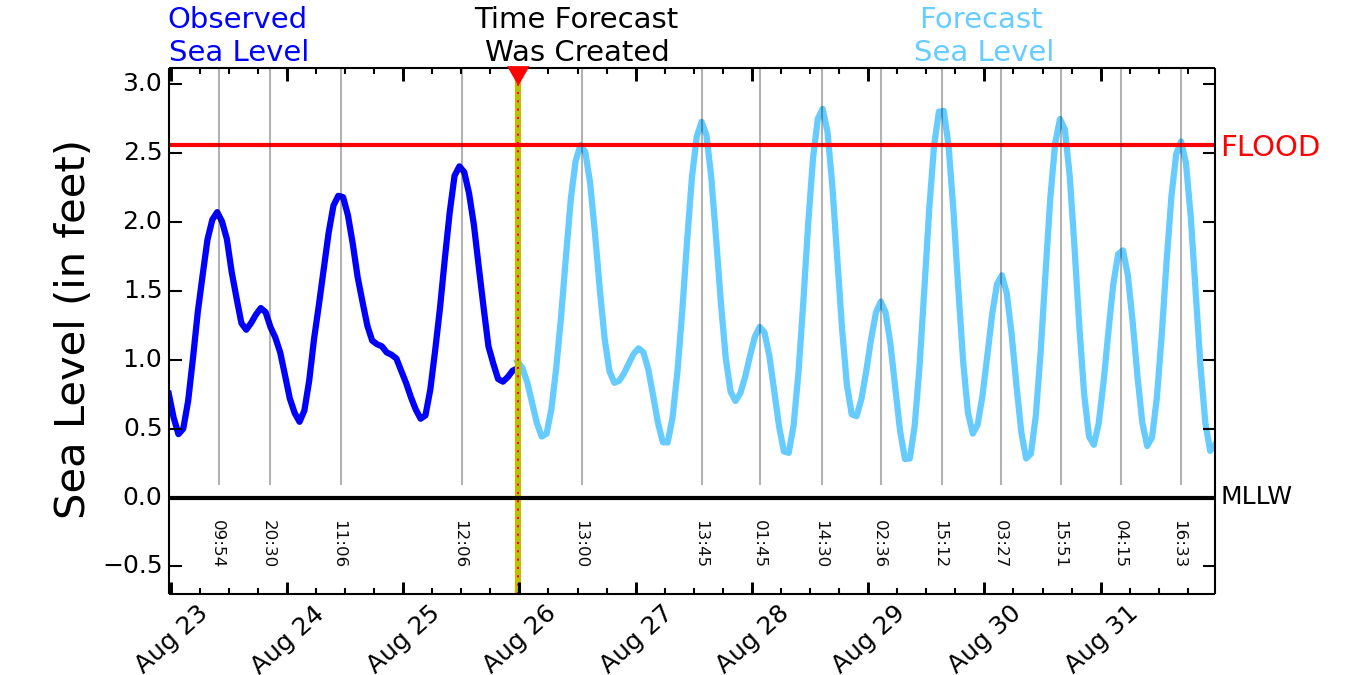 The Dark Blue Curve shows the Observed Sea Level (SL), in feet, at Honolulu Harbor (Pier 4) for the 3 days (in hourly increments) prior to the time this plot was created (indicated by the orange yellow vertical dotted line). The Observed Sea Level is measured relative to Mean Lower Low Water (MLLW, a typical NOAA datum).

The Cyan Curve shows the Forecast Sea Level (SL), in feet, at Honolulu Harbor for the next 6 days (in hourly increments). The forecast is also made relative to MLLW and is updated every 4 hours. 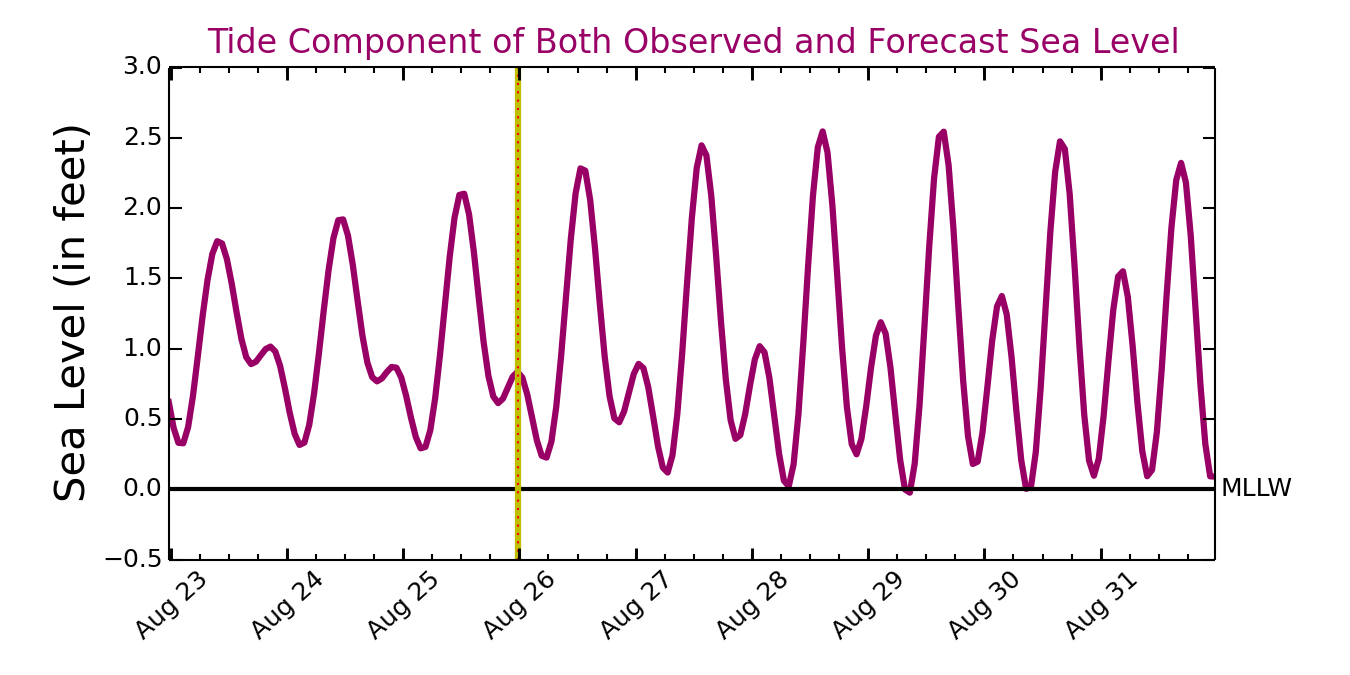