When overlaying certain maps in Voyager—especially those overlapping land like wind, air temperature, Doppler radar, etc.—the underlying basemaps from Google Maps can become hidden beneath them. While Voyager provides opacity sliders in these cases for allowing the basemap to show through, it is sometimes desirable to map coastlines on top of other overlays to better elucidate the location of islands and other geographic features.

Towards that end, Voyager now provides a coastline overlay, which can be found under navigation

geographic boundaries. This layer was compiled at PacIOOS from various data sources and displays the coastlines for PacIOOS-supported regions, including American Samoa, Commonwealth of the Northern Mariana Islands (CNMI), Federated States of Micronesia (FSM), Guam, Hawaiʻi, Palau, Republic of the Marshall Islands (RMI), and U.S. Minor Outlying Islands: Baker Island, Howland Island, Jarvis Island, Johnston Atoll, Palmyra Atoll, and Wake Island. The overlay provides a set of four output styles, including a thin or thick outline in either black or white, to help users optimize its display depending on which basemap and overlays are being viewed. 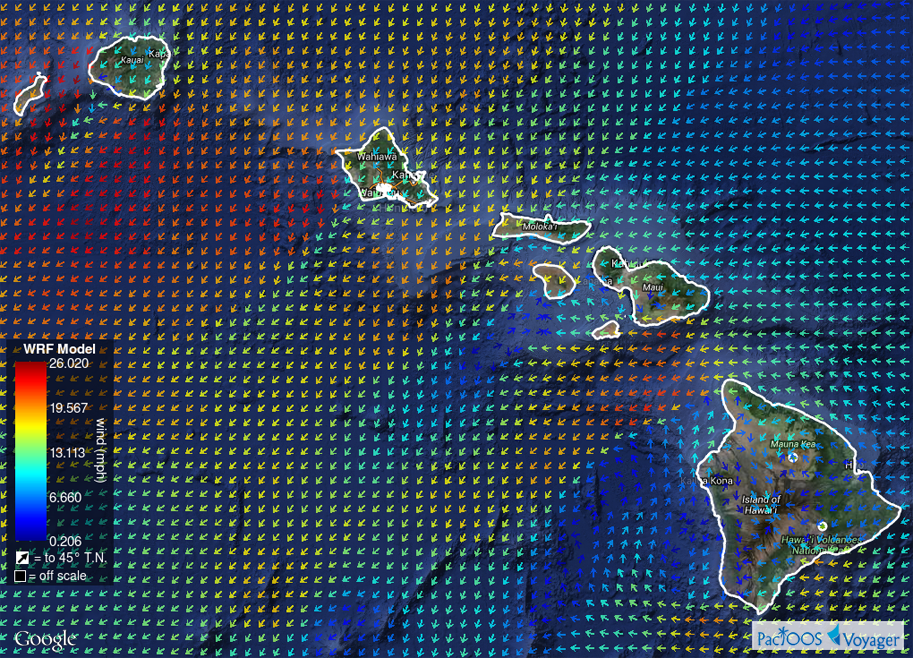 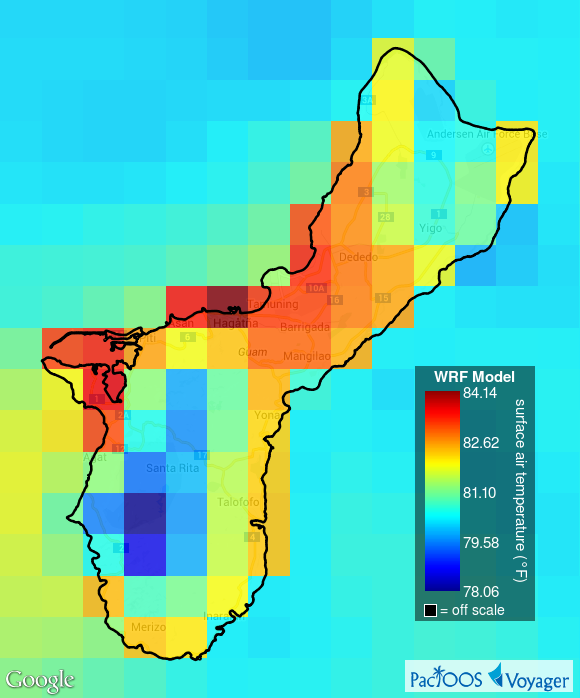 PacIOOS also provides a Web Map Service (WMS) for this data set. This interoperable Open Geospatial Consortium (OGC) standard helps users who may want to incorporate map imagery of this layer into other mapping applications: WMS GetCapabilities. Look for layer name pac_comp_all_shore and choose from one of its optional style parameters.