Voyager now provides an overlay indicating regions where it is currently day and night across the Earth. This can be turned on under Voyager’s “More…” map options in the upper-right of the map directly beside its “Map” and “Satellite” basemap buttons and will automatically update every minute to keep itself current. The outer edges of this overlay show where sunset and sunrise are currently occurring while regions of twilight (before dusk or dawn) are shaded in light grey and regions of night are shaded in dark grey. This is especially useful for PacIOOS whose regions span the time zones between Palau (UTC +09:00) and Hawaiʻi (UTC -10:00), totaling 5 hours of difference and crossing the International Date Line. 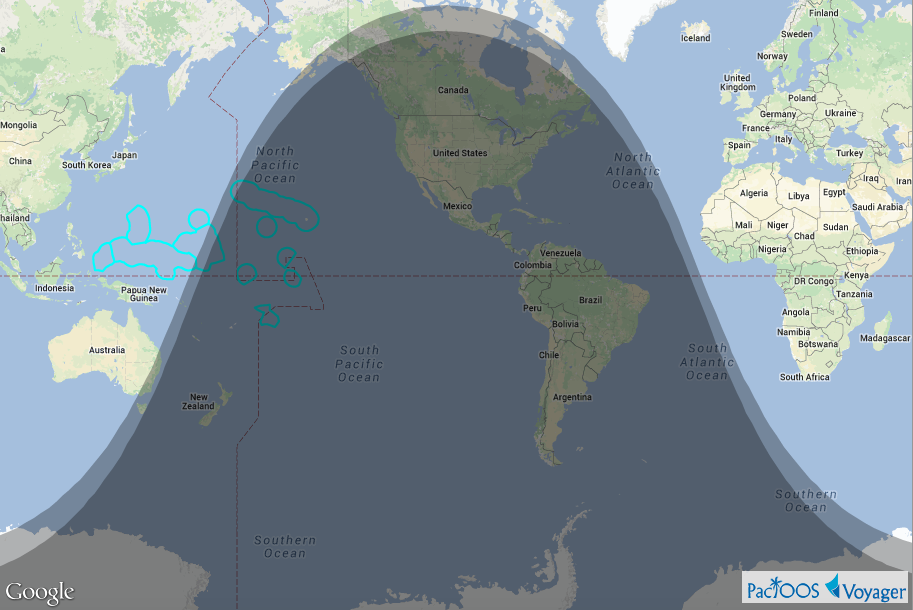 This overlay was made possible using a third-party library for the Google Maps API (nite-overlay), which estimates the sun’s position using a method adapted from NOAA’s Solar Calculator, itself based on equations from Astronomical Algorithms (1991) by Jean Meeus.