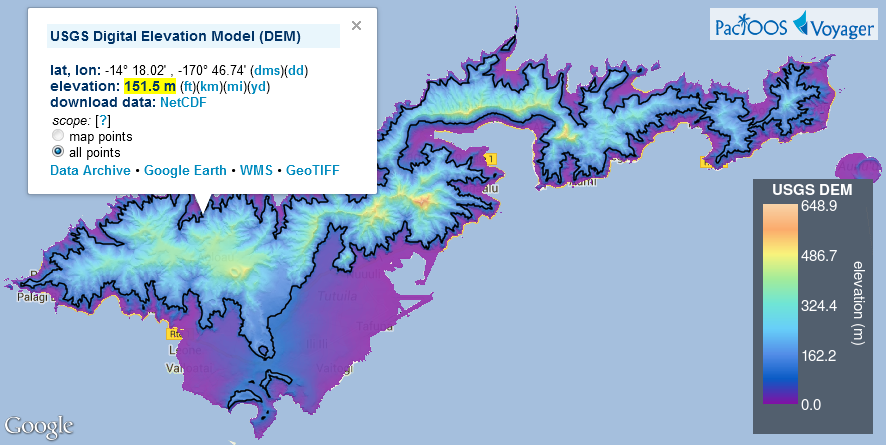 Voyager now provides access to numerous land surface digital elevation models (DEMs), which can be found in its overlay menu under a new “land” category. These include a global 1-km DEM (SRTM30+ v11) as well as all of the 10-m resolution USGS DEMs available in PacIOOS-supported regions:

In addition to overlays for mapping elevation values over a range of colors, Voyager also provides the option to add hillshades. By applying shadowing effects, hillshades add depth perception to enhance the three-dimensional (3-D) aspect of the data. As shown in the following examples (Koʻolau range near Kāneʻohe, Oʻahu), hillshades in Voyager can be turned off, viewed by themselves, or viewed in combination with a color elevation overlay:

As with many other map overlays in Voyager, clicking the overlay produces a pop-up window with the data value (elevation) at the clicked location as well as various data access options. Several aspects of the overlay are configurable such as opacity, units of measure (feet, meters, miles, etc.), and color scheme.

Voyager also provides elevation contours in both 100 foot and 100 meter increments. These can be turned on separately or in conjunction with the map overlay and/or hillshade. Up to five contours can be turned on at once, displayed as either thin or thick lines in black, white, or color. If color is selected, the contours are color-coded according to their elevation and a map legend is displayed. The contours can be hovered over or clicked on to see their elevation. Clicking the contour produces a pop-up window that provides a link to the underlying GeoJSON data file. As always, a URL that captures all of your final map settings can be saved to share your view with others using the “link” button in the upper-right of Voyager’s screen. 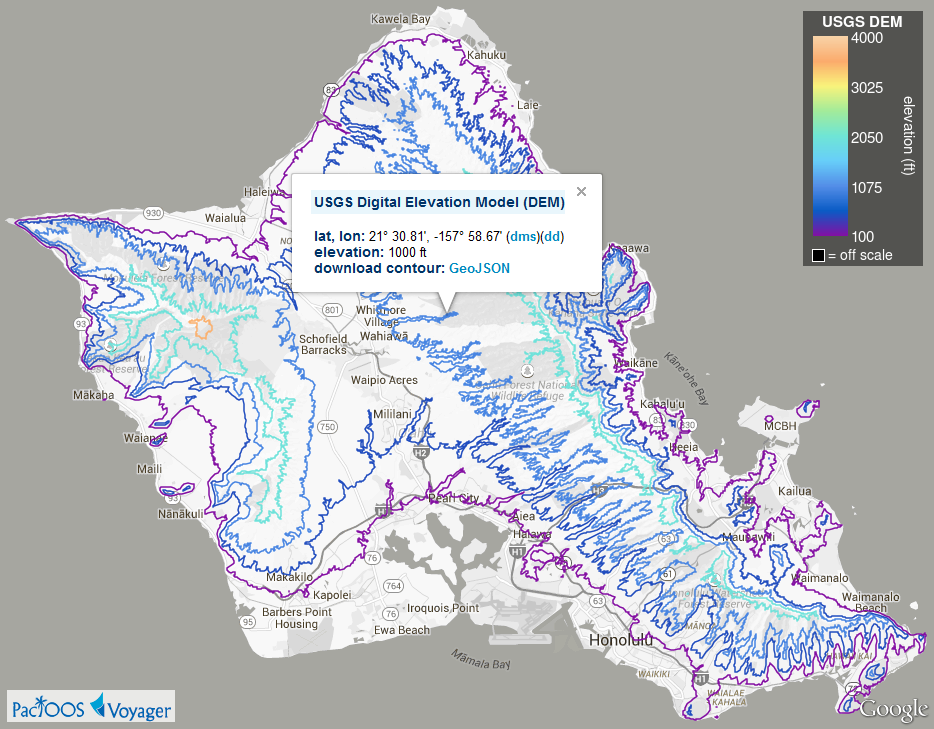 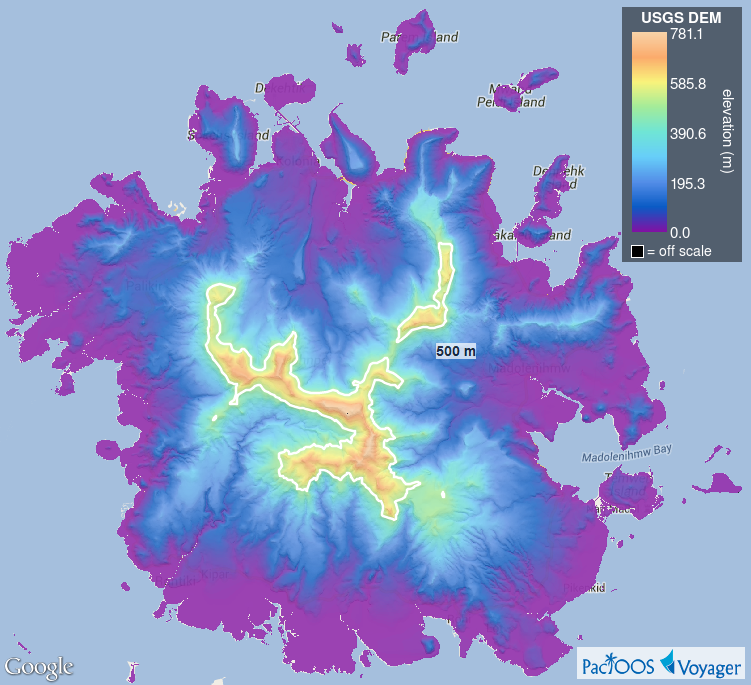 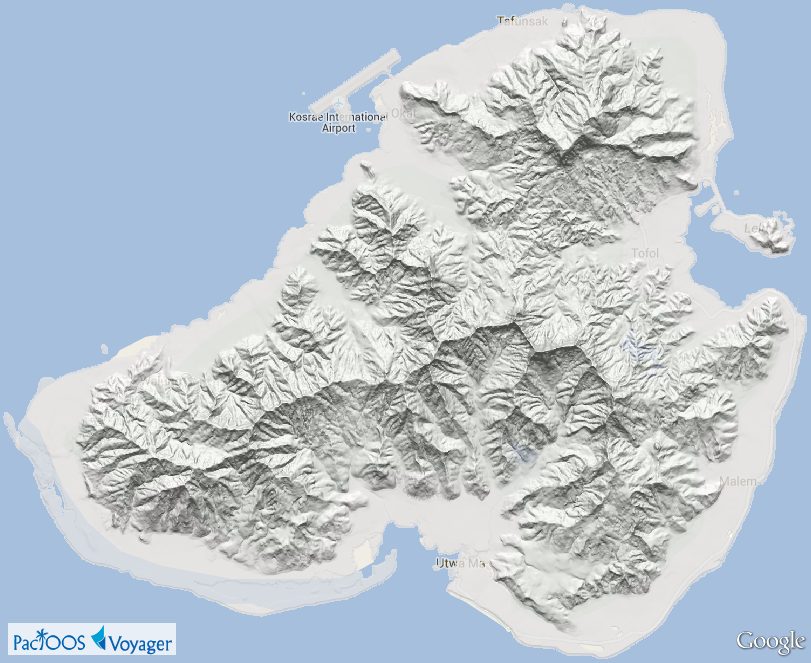 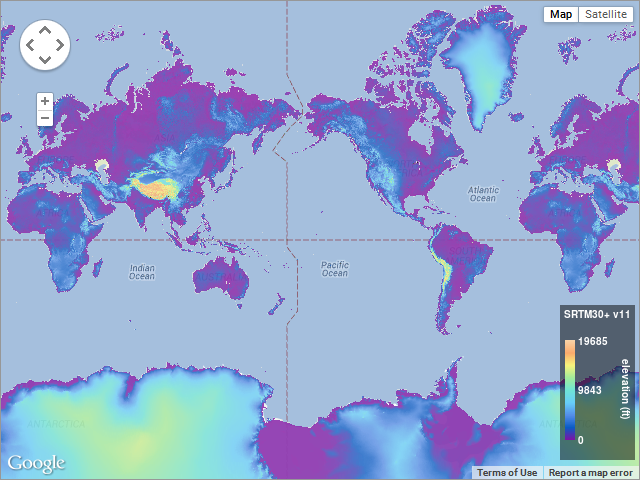 These DEMs have been added to the PacIOOS data servers. Formal metadata is available here. These servers enable standardized, interoperable, remote access mechanisms like Web Map Service (WMS) and OPeNDAP that Voyager leverages to incorporate, visualize, and redestribute these data to our users. Additionally, they are also now viewable in Voyager Mobile. Our next goal is to expand Voyager’s bathymetry offerings with similar capabilities and coverage beyond Hawaiʻi.