Voyager now includes computer model simulations of sea level rise for Hawaiʻi (Hawaiʻi Island, Kauaʻi, Lānaʻi, Maui, Molokaʻi, and Oʻahu), Guam, and Saipan (Commonwealth of the Northern Mariana Islands). These overlays show the inland extent of coastal flooding (inundation) due to sea level rise scenarios at 0 to 6 feet above current-day mean higher high water (MHHW), meaning water levels are shown as they would appear during the highest high tides (excluding wind-driven tides). These were created by subtracting NOAA’s VDatum MHHW surface from LiDAR-derived, 3-meter digital elevation models (DEM) of the land surface. Uncertainty in these underlying data sources are in turn used to map areas of high versus low confidence in the simulated inundation results. 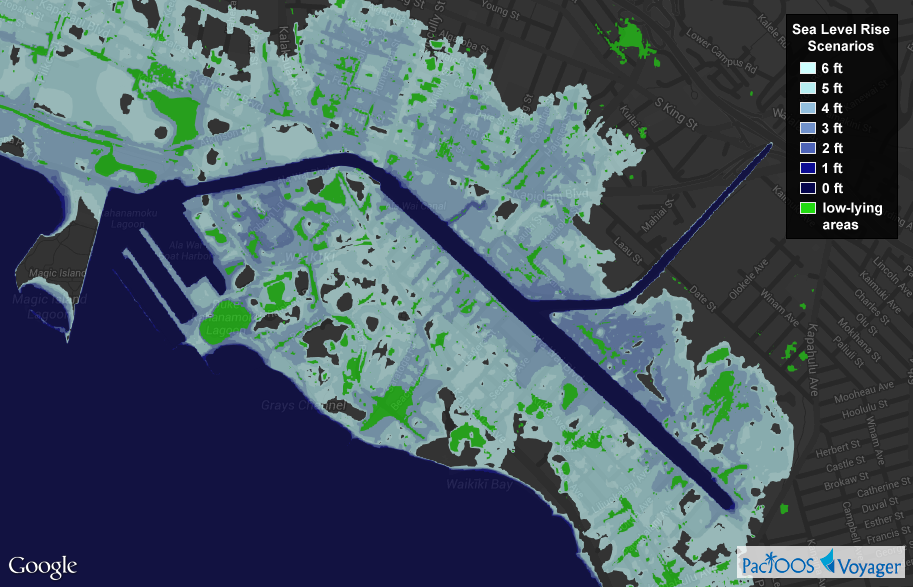 Same as the above screenshot but using a single color for the 6-ft sea level rise scenario (click here for larger image): 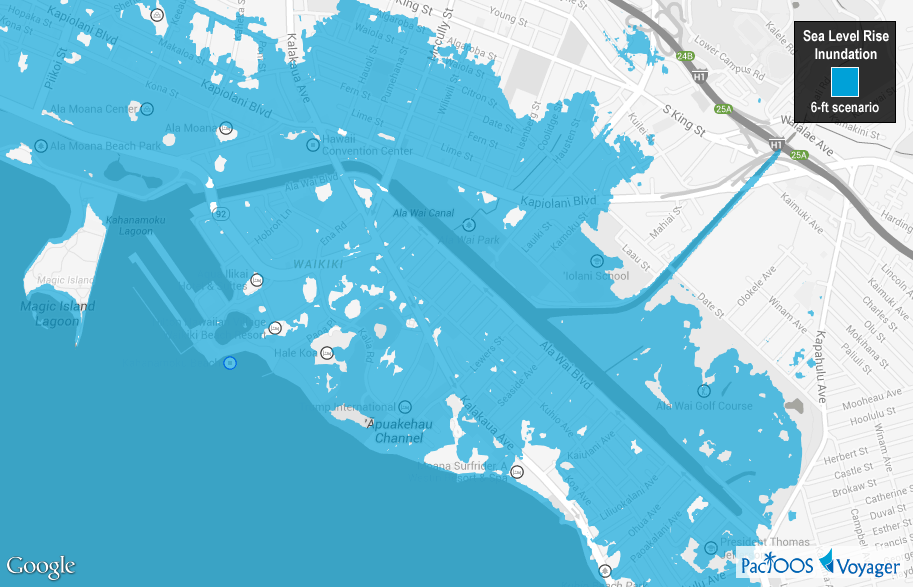 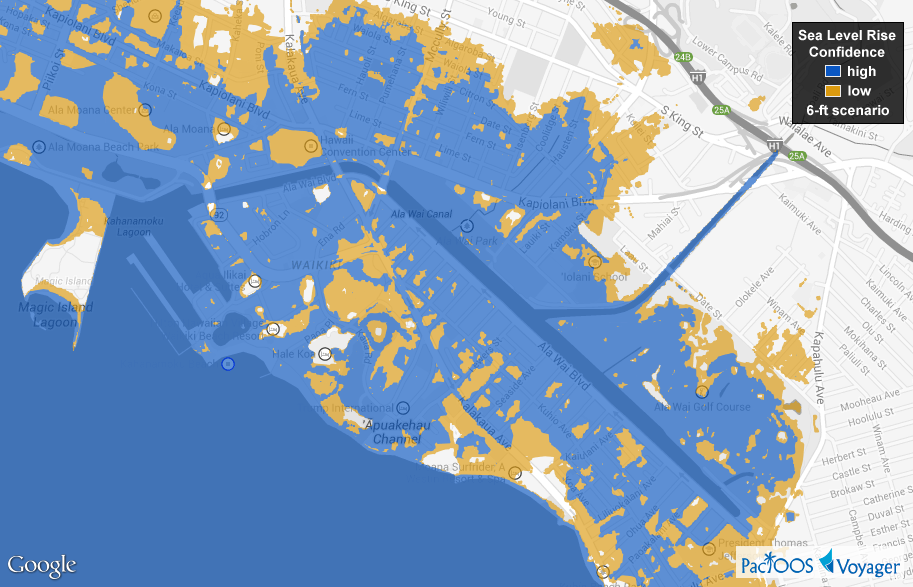 Data produced in 2014 by NOAA Office for Coastal Management (OCM) and also available through their Sea Level Rise and Coastal Flooding Impacts Viewer. These data do not consider future changes in coastal geomorphology and natural processes such as erosion, subsidence, or future construction; nor do they specify the timing of inundation (i.e. when sea level rise may occur). They are not appropriate for conducting detailed spatial analysis, and the entire risk associated with the results and performance of these data is assumed by the user. These data should be used strictly as a planning reference and not for navigation, permitting, or other legal purposes.

PacIOOS has also generated a Web Map Service (WMS) for these data. This interoperable Open Geospatial Consortium (OGC) standard will help users who may want to incorporate map imagery of these layers into other mapping applications: WMS GetCapabilities. Layer names follow the pattern *_hcgg_*_slr_*.