Tsunami evacuation zones and flood hazard zones for the State of Hawaiʻi are now available in Voyager Mobile. Additionally, a “shelter” button is provided on these maps to show/hide emergency shelter locations throughout the main Hawaiian islands. With the new map tools added to Voyager Mobile earlier today (see below), the user can also quickly find their current location on the map to see whether they fall within these zones and where and how far the nearest shelter is. When used on a smart phone these utilities could help guide users to safety in times of impending danger while on-the-go.

Voyager Mobile screenshots of Waikīkī tsunami evacuation zones (left) and flood hazard zones (right); the user’s position is marked at the center of each map and nearby emergency shelters are shown with school house icons: 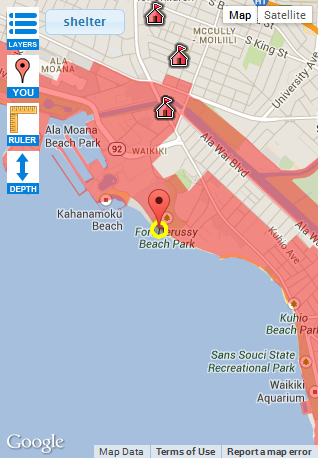 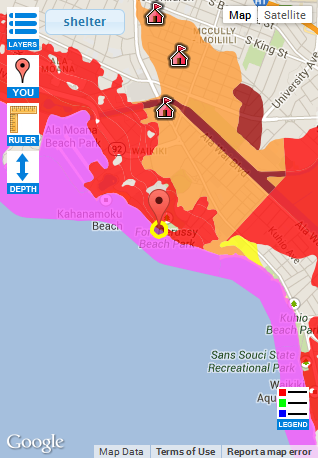