To support coastal and ocean planning, Voyager maps some of the known submarine cables. This can be found in Voyager’s seafloor super-category filed under seafloor infrastructure where it is labeled underwater cables. Until now, this overlay only extended to the Main Hawaiian Islands (MHI). As recently requested by a Voyager user, we have now replaced this layer with a Web Map Service (WMS) provided by NOAA’s Office for Coastal Management (OCM) that covers the coastal and offshore regions for the entire United States as well as Guam and the Commonwealth of the Northern Mariana Islands (CNMI). It now extends far beyond the MHI, showing cables reaching into the Northwestern Hawaiian Islands, Johnston Atoll, Palmyra Atoll, Kingman Reef, and from the MHI to the continental United States. As described in the metadata for this data set, data were derived by NOAA’s Office of Coast Survey (OCS) from 2010 NOAA Electronic Navigation Charts (ENC) and 2009 NOAA Raster Nautical Charts (RNC). 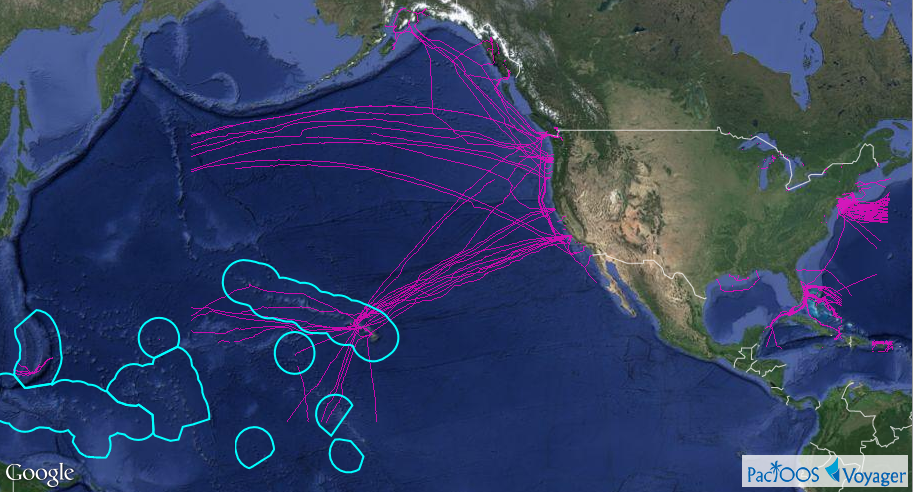