PacIOOS has partnered with NOAA Pacific Marine Environmental Laboratory (PMEL) to provide real-time data from thirteen buoys across the Pacific Ocean. These buoys measure the carbon dioxide content in the atmosphere and ocean which in turn provides valuable information to monitor ocean acidification.

On the map below, click on a buoy for further details of that particular buoy and carbon dioxide measurements. There are five buoys located in and around the Hawaiian Islands, therefore, zooming into this location would be beneficial for better investigation.

What is Ocean Acidification?

The figure below shows the time series of atmospheric and ocean carbon dioxide concentrations in the Hawaiian region. The increase of CO2 in both air and sea corresponds to a decrease in ocean pH over a long period of time. Real-time data merged through time creates time series useful for identifying these types of major trends. Note that carbon dioxide naturally varies on daily and seasonal timescales due to changes in the daily and seasonal vegetation cycle. 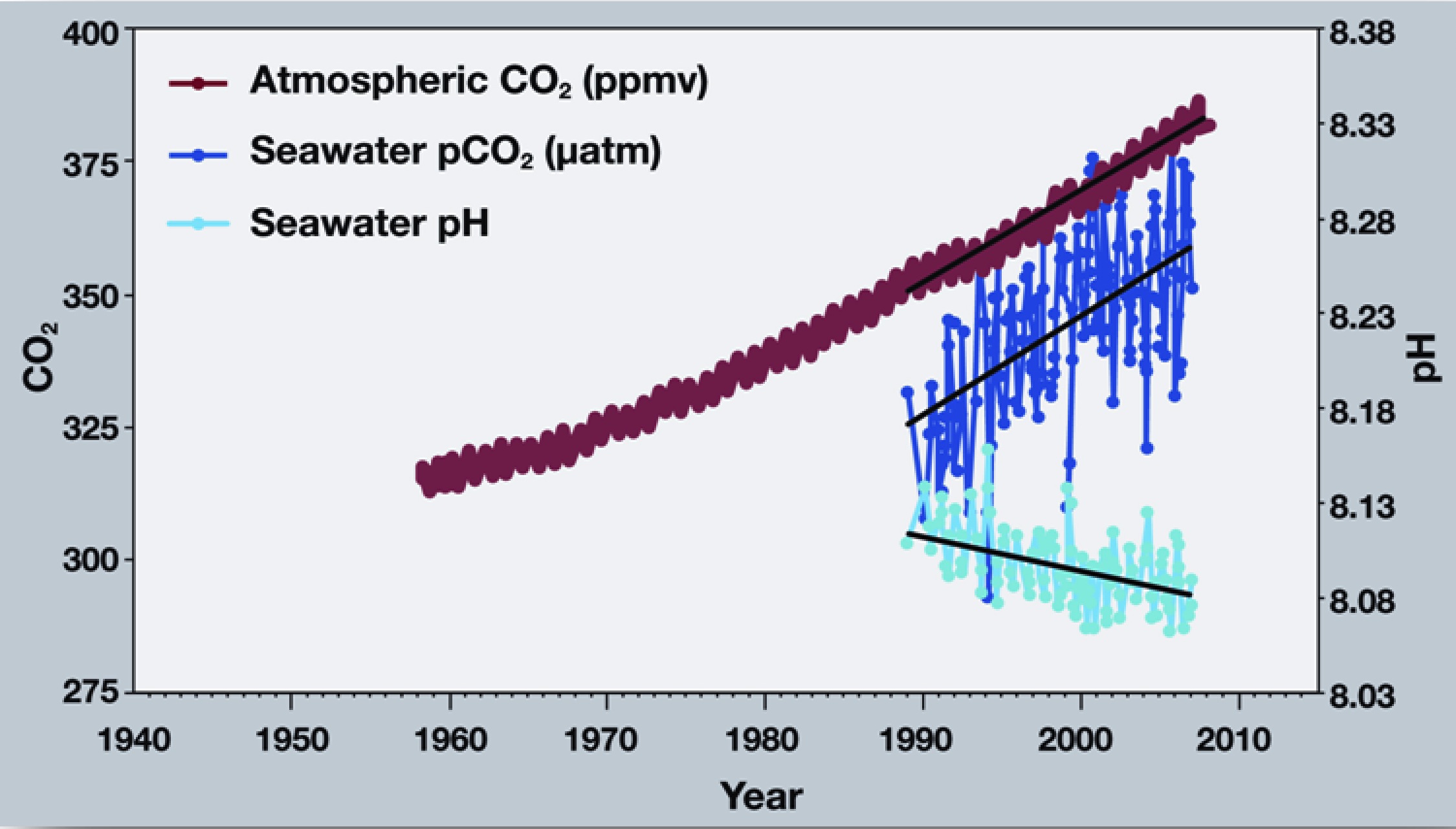 Why does it matter?

There are many ocean processes sensitive to the amount of carbon dioxide dissolved in the ocean. One major process that is affected by the increase of acidity is calcification. Decreased calcification rates in calcifying species, such as stony corals and shelled organisms, could weaken their skeletons. As a consequence, the survival of these species may be lowered, affecting the overall ecosystem and food chain.

Ocean acidification for the classroom