Model runs are produced by Dr. Brian Powell of the Department of Oceanography in the School of Ocean and Earth Science and Technology (SOEST) at the University of Hawaiʻi at Mānoa and have been added to the PacIOOS data servers. This dataset complements our existing global HYCOM ocean forecast as well as our ROMS collection in Hawaiʻi, CNMI, and Guam. 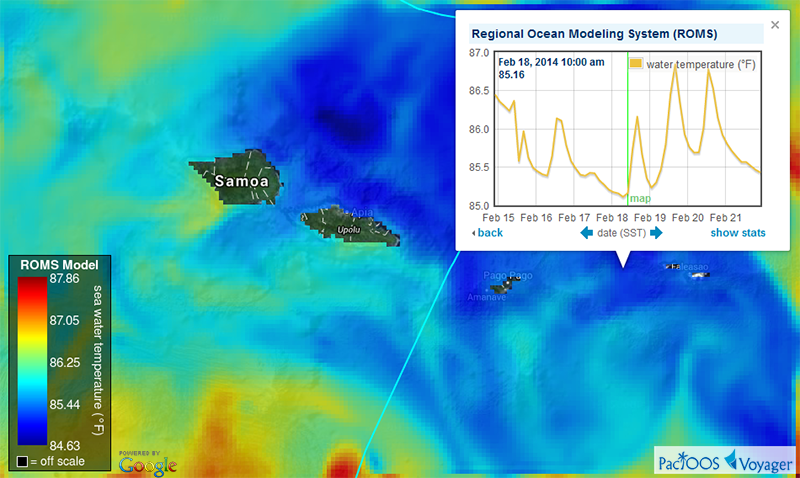 Voyager screenshot of ROMS Samoa currents near the ocean surface around the island of Tutuila in American Samoa: 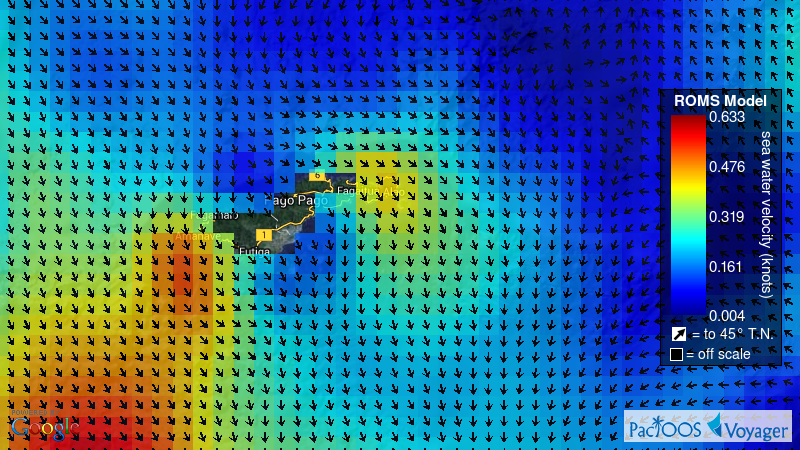 Additionally, our existing ROMS models were updated and improved over the past couple weeks. Output is now 3-hourly as opposed to daily averages, providing finer temporal resolution. Depth levels of 0.25, 1, and 2 meters were added to help map the shallow near-surface zone. And lastly, new forecasts are now generated earlier in the day (~1:30 PM Hawaiʻi Time).

Users of our data servers will notice several changes to the underlying data structure for our ROMS datasets and will need to update any processes accordingly. Most importantly, the native, curvilinear, terrain-following ROMS datasets are now regularly gridded, making the “regridded” ROMS products that we previously provided obsolete (with the exception of the Oahu grid, which is still being finalized).

These model results were generated as part of an academic research project. They provide a scientific prediction of current and future conditions. As with any forecast, however, accuracy cannot be guaranteed and caution is advised. While considerable effort has been made to implement all data components in a thorough, correct, and accurate manner, numerous sources of error are possible.